Thirty years after being the one man leaving Thunderdome, Mad Max is back, and if the post-apocalyptic landscape he inhabits may be pleasingly familiar, the cinematic landscape the film emerges in is very different.

Once upon a time, blockbuster releases treated their audience with a modicum of respect, packing thrills and spills into short and sweet packages. They told stories about credible characters in incredible situations, and they weren’t afraid to tell them well. The paying punter could have their cake and eat it – a plot that, while far from Ibsen, drove the action rather than the other way round, and still made room for an explosion, gunfight, punch-up, fright or shag at least every five minutes. Or a damn good montage.

Today however, with the rise of the ‘Event’ movie and Hollywood’s ever increasing capricious contempt, the audience has been replaced by ‘consumers’, for all that entails in terms of values. It’s not entirely clear whether studios think their audiences are simply incapable of thought, or they just don’t want them doing it in case it obscures the array of prominently-displayed products that fill every inch of the screen not covered by the obligatory lens flare. Oh, and let’s make everything PG-13, because that way you can share the magic with a larger portion of the consumer herd. 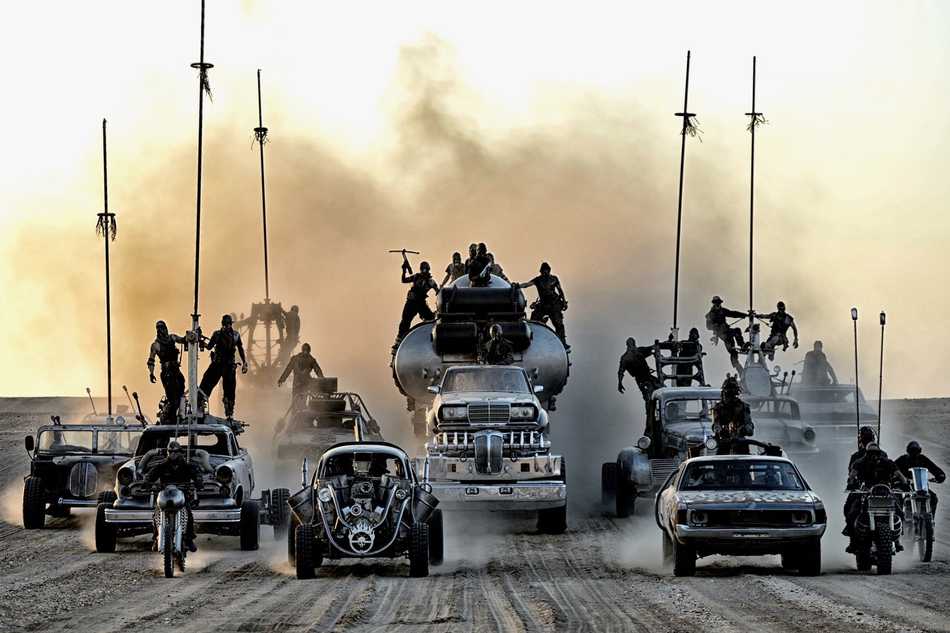 The end result is the cinematic equivalent of MSG – as consumable and disposable as it is insubstantial. Thus audiences are fed a steady diet of uninvolving, unfeeling, jump-cut CGI fests with no story, and nothing that lingers in the memory for more than three minutes. And now they’ve started charging extra for the privilege, with surcharges for the most popular new releases.

All of which brings me back to Max, and a film as iconoclastic and rebellious as its protagonist. An old school blockbuster, it’s an abject reminder to audiences that Hollywood can do better.

While most of the praise for Fury Road is lavished on the jaw-dropping action (and justly so, it’s basically one massive car chase that keeps the viewer on tenterhooks for two hours without let-up), creator/writer/director George Miller deserves equal recognition for a superb piece of storytelling. 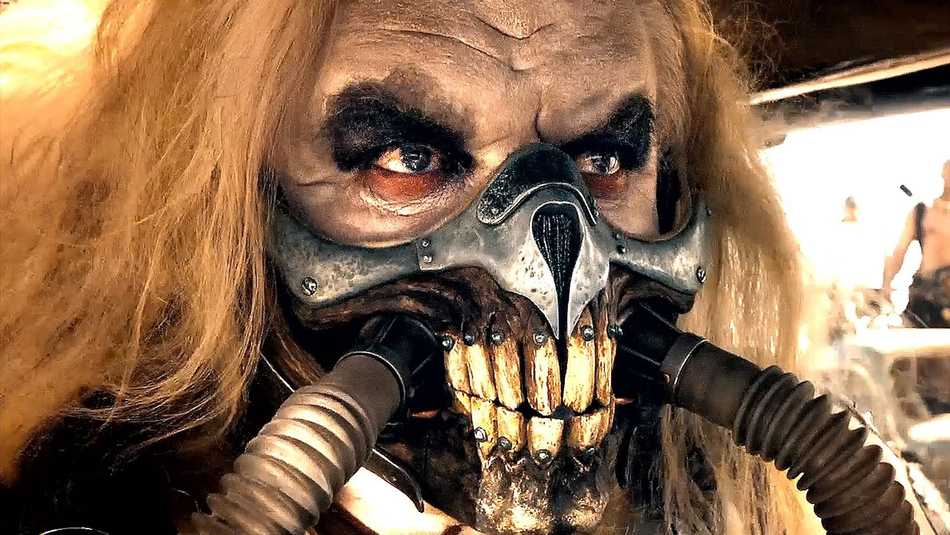 The dialogue, at least for the first two-thirds of the movie, is lean, sparse and sporadic, with little in the way of exposition and nothing that doesn’t need to be there. Instead, as a director Miller trusts the audience to follow the subtle visual and verbal pointers, and fill in the blanks for themselves. Bear in mind; with the exception of Max, these are all new characters, in a different place (the story takes place, chronologically, in-between the second and third films), and with a society and history of their own. And yet, for all the carnage and mayhem that fills the screen pretty much from the get-go, as a viewer you’re never lost. Miller credits his audience with intelligence, and gives them just what they need to know.

Hold that thought while Michael Bay takes almost three hours to tell a paper-thin story about battling robots, all the time clubbing the viewer liberally over the head until they are just woozy enough to believe they’ve had value for money. 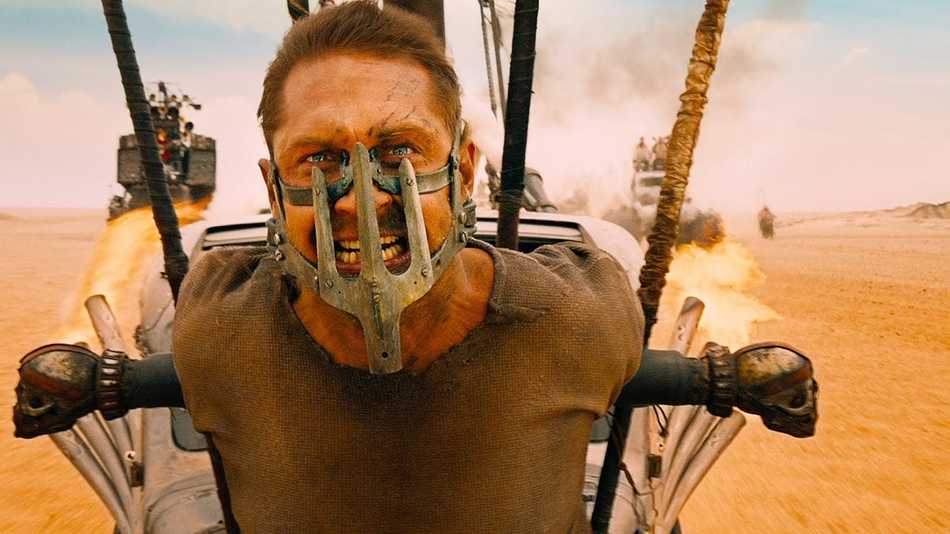 Contemporary wisdom would have you believe that an event movie doesn’t need characters. Well, beyond the ones in the title, anyway. What’s the point in investing time and energy in supporting characters, when there are explosions to be had and products to be flogged?

The problem is that it’s the characters that make you care about the action and enrich the experience. If, as we are repeatedly told, escapism is the principle commodity of the popcorn movie, you need a somewhere to escape to. Cinema should be an immersive experience, enveloping the audience in strange worlds that look and feel real – that’s why they call it the magic of cinema. So you need to populate this world with people that resonate.

Compare the original three Star Wars movies to the prequels and see which ones have the most subsidiary characters you can still picture (let alone name). How many of those little blue bastards from Avatar stayed with you when the lights came up in the cinema? The latest instalment of Mad Max is full of weird and wonderful characters. Many only appear fleetingly, some don’t even get any lines, but most will linger in the mind long after the credits role. That’s why fans will buy it and watch it again and again – it’s a world they can believe in, with characters they want to revisit and spend time with. 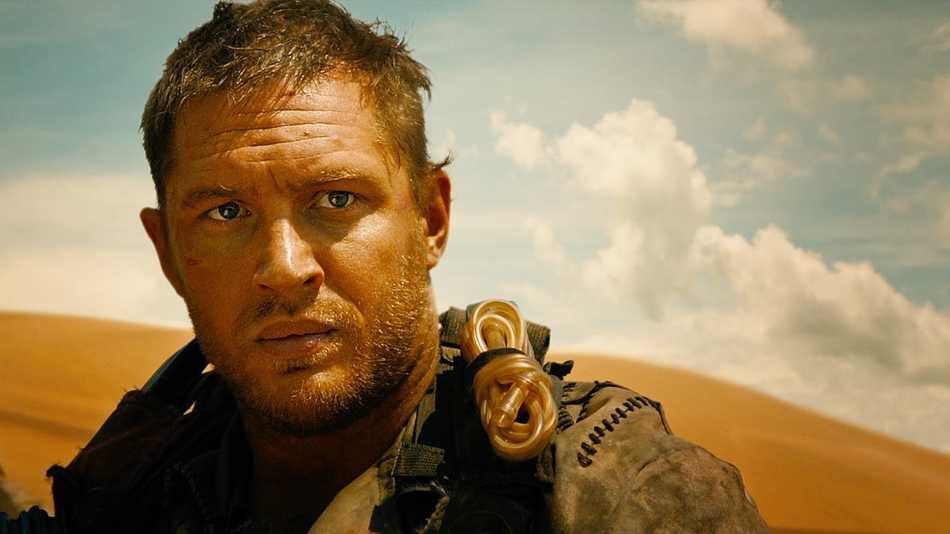 Fury Road is a phenomenal action movie – it’s visceral, bloody and adrenaline-fuelled. But amongst the chaos there are some genuine moments of pathos, which provide relief and give context to the carnage. Neither forced nor saccharine, these subtle dashes give the story depth and heart, and that’s why the audience cheers and gasps, why pulses race, and amateur critics run out of clichés.

Vulnerability has a big part to play too. Not wishing to give anything away, but as the trailer suggests, our Max doesn’t have the best time of it for a lot of the film. It’s not easy being the Road Warrior, and Max is constantly up against it. And this is why we root for him – he is us. Well, us if we lived in a post-apocalyptic wasteland fighting for our own survival on a daily basis. Once upon a time, action movie heroes were human too. John McClane was a deeply flawed everyman operating at the very outer edge of his abilities, rising to the occasion (and then a few more). Both Indiana Jones and Han Solo frequently look surprised when some of their gambits pay off, and are often saved by good fortune as much as good tactics. In Big Trouble in Little China, Kurt Russell is basically a sidekick! It’s hard to emotionally invest in the flawless fighter of recent times (see Olympus Has Fallen or even the newer Die Hard's for details). 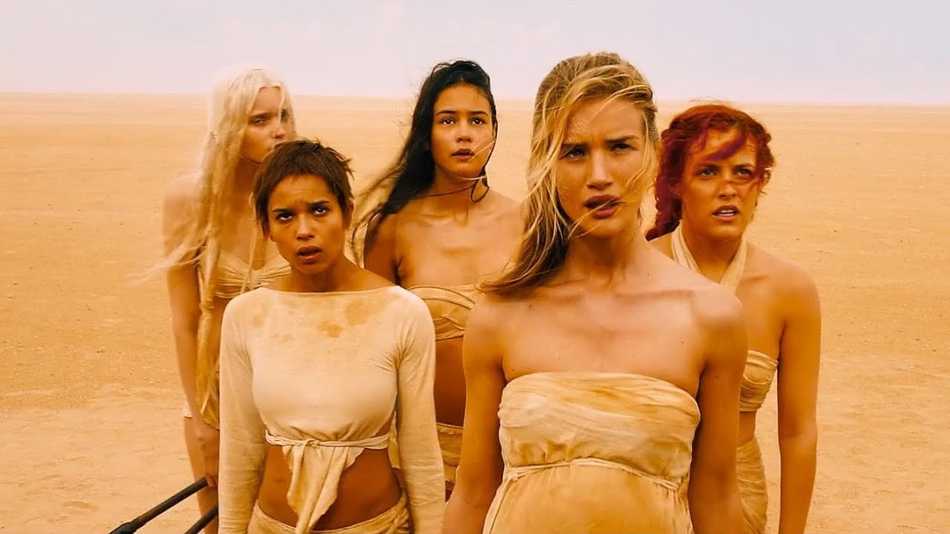 WOMEN ARE PEOPLE TOO

The most unexpected and yet satisfying aspect of Mad Max’s return has to be the indignation and outrage spewing forth from men’s rights activists, spearheaded by Aaron Clarey and his blog ‘Why You Should Not Go See “Mad Max: Feminist Road”’ and the public ridiculing that resulted. This vocal minority live in constant terror at the rising threat of girl power and emasculation, which is apparently being forced upon us all like an ever tightening sports bra of doom. Now those dastardly damsels are smuggling their feminist propaganda into guy films, Trojan horse style, or presumably now Trojan My Little Pony. 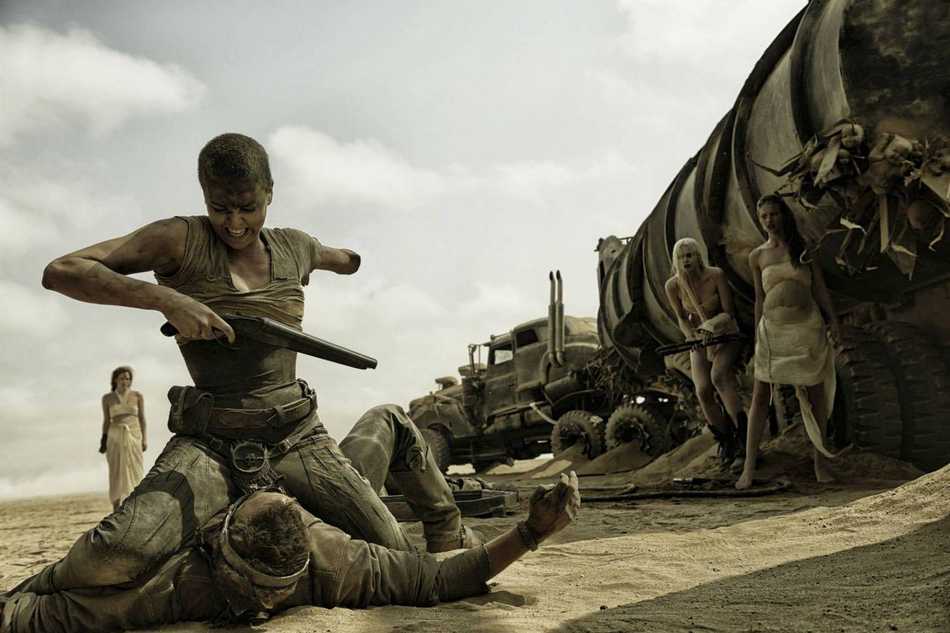 Yes, Charlize Theron is a big deal in this film. Yes she shouts at Max, and generally kicks ass like a total boss, but no, this is not a problem. Tina Turner ruled Barter Town like a cross between an Amazonian warrior and Margaret Thatcher on steroids, and became a screen icon; this is not new territory. The only reason it has popped up on the radar is how depressingly few similar roles there are. For every Ellen Ripley or Katniss Everdeen, there are a dozen or more testosterone-rich schlong roles to make embittered men feel good about themselves.

The subject of what makes or breaks a good action movie could fill several tomes (and has – check out Vern’s ‘Yippee Ki-Yay Moviegoer!’ for starters). It’s easy to get nostalgic for the movies that made us fall in love with cinema in our youth. And, if I’m honest, it doesn’t occupy a great deal of my waking thoughts – I’m not your man to rage against the studio machine. But when a blockbuster comes along that bucks the trend, it’s a sharp reminder that things don’t have to be the way they are.